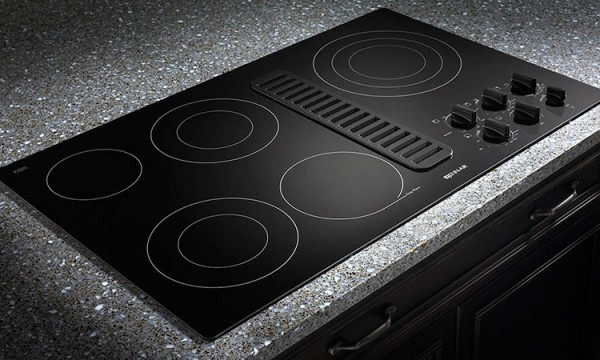 The Process of Induction Cooking

Some professional cooks still insist that gas ranges are the way to go. With innovations to the induction cooktop, there are others who say that this type of stove is the way of the future and does a very good job of cooking food evenly and consistently.
It’s considered a better cooking method due to the way the heat is created. With traditional gas or electric stovetops, heat is created either through burners (gas) or through hot heating coils.

The best induction stoves use neither and work by heating up the vessel directly. The science behind this isn’t easy to understand, and really isn’t that important. What is important to know is that the electromagnetic current flows underneath an induction burner run up through the pot. This creates a lot of resistance in the material of the pot which creates the heat that cooks your food. Since it’s the pot that’s being heated up, the element itself doesn’t get as hot or doesn’t heat up at all, depending on the model. Some induction cooktops heat up the pot so fast that water can be boiling in seconds.

Induction cooktops require electricity to run but are not considered electrical ranges. They compare to gas cooktops in that when an induction burner is adjusted (turned up or down), the heat level in the pot can be instantly adjusted since electricity is never needed to heat up or cool down the actual element or surface of the stovetop.

Induction cooktops can be expensive. The original investment in a good quality one can be costly. However, it won’t take long for you to see the savings in terms of the amount of energy it uses to operate. Induction cooktops re designed to be highly efficient in cooking. Electric coils lose 50% of the heat they emit before the heat that is created begins to cook up the food; natural gas stovetops lose 60%. This lost heat is absorbed by the cooktop surface and into the air of your kitchen. So, with traditional stovetops you’re heating up your kitchen, as well, every time you use them. An induction cooktop only loses 10% of the energy it creates meaning that 90% of it goes to your food.