Home / Blog / Why Do We Eat Turkey on Thanksgiving? 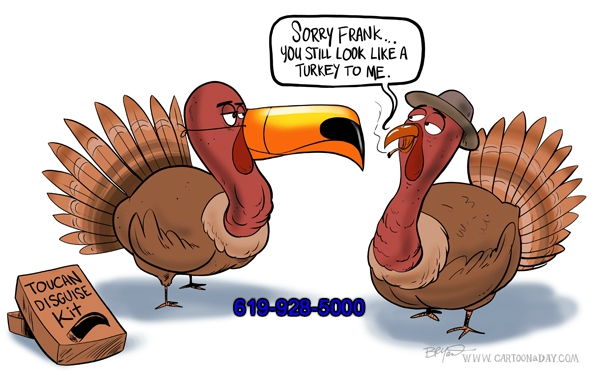 The side dishes vary from house to house. In some parts of the country, you’ll find mashed potatoes and gravy and in other places, sweet potato pie. But no matter how you celebrate Thanksgiving, in most homes around America, one guest is invited to the table each year — the turkey!

The history of the Thanksgiving turkey is a bit of a mystery. Nobody knows exactly how this particular bird earned a place of honor at the table each November, but historians have a few different theories.

Thanks to letters and records kept by early American settlers, we know that when the colonists sat down to dine with the Wampanoag Indians, beef and fowl were on the menu. This historical meal would later become known as the first Thanksgiving.

Although historians cannot say for sure which types of fowl were served up that day, a letter written by pilgrim Edward Winslow mentions a turkey hunting trip before the meal.

Another theory attributes the Thanksgiving turkey to the Queen of England. During the 16th century, a fleet of Spanish ships sunk on their way to attack England.

According to legend, Queen Elizabeth received this news while eating dinner. She was so thrilled that she ordered another goose be served. Some historians say the early settlers were inspired by the queen’s actions and roasted a turkey instead of a goose.

The wild turkey is a native bird of North America. As a result, Benjamin Franklin claimed this made the turkey a more suitablenational bird for the United States than the bald eagle.

Not everyone agreed with Franklin, however, and the bald eagle became the national emblem for the United States in 1782. The bald eagle may be America’s bird 364 days a year, but the turkey has one day all to itself — Thanksgiving.

Here’s some interesting turkey trivia that might surprise you:

This article is taken from: https://wonderopolis.org/wonder/why-do-we-eat-turkey-on-thanksgiving