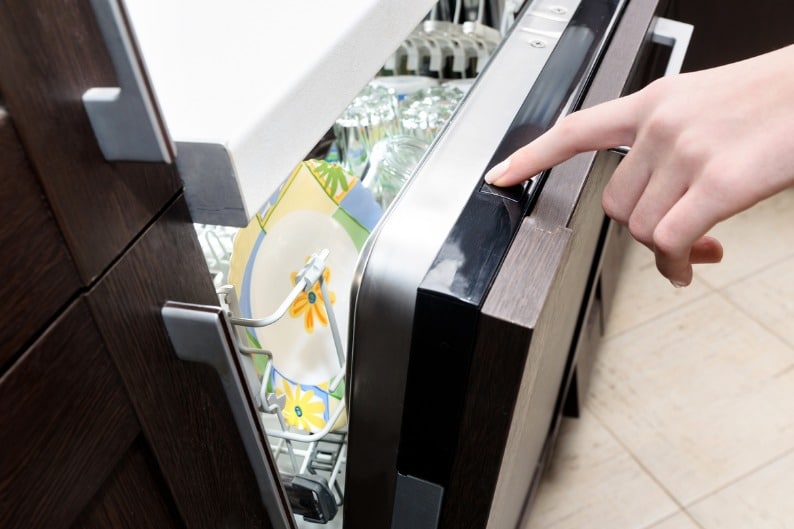 The truth is that the dishwasher is one of the most important kitchen appliances. This is a machine which saves us a tremendous amount of work. As such, it’s no wonder that every time something goes wrong with it we find ourselves in front of a very serious issue.

Unfortunately, there are quite a few things which could essentially get messed up and go wrong with your dishwasher. This is, after all, an electric appliance and as such it’s prone to getting damaged. One of the most common issues that at least one of every three users complains about is a noisy dishwasher. This could turn your washing sessions into complete nightmare and that’s most definitely something that you want to avoid. There are a few things which might be causing this particular issue, so let’s go ahead and take a look at some of the most common ones of them.

This could be the reason for which your dishwasher is making too much loud noises. The function of the pump is mainly to ensure that the spray arms are pressurized. At the same time, in the majority of the models, it’s also used to drain the water. It is found sitting at the bottom of the machine and it would usually have two different and separate compartments – one which is designated for circulation and washing and one which is for the drain. The former part consists of a wash impeller which is driven by an electric motor – it’s usually the most common source of noisy performance. Getting it checked out is definitely advisable.

Both of these could be causing your device to be overly noisy. These parts are basically plastic rings which are designated to support the wash or the spray arm and that the arm itself rotates on. Either of the components could get loose. When this happens, the noise that the spray and wash arms are going to make will be significantly higher.

Of course, dishwasher issue might be with the spray arm. There are plenty of things which could have gone wrong with it, starting from the issue that we listed above. In any case, it’s definitely something that should be checked out as soon as possible. You will need to ensure that you find a licensed and insured service.

As you can see, there are quite a few possible sources which could cause your dishwasher to be overly noisy. The truth is that calling a professional appliance repair service in San Diego County is going to ensure that they do it right. The experts will determine the issue and take care of it in the most comprehensive and effective way. It is good to call in the professionals that have years of experience dealing with the different brands, models and make of dishwashers.