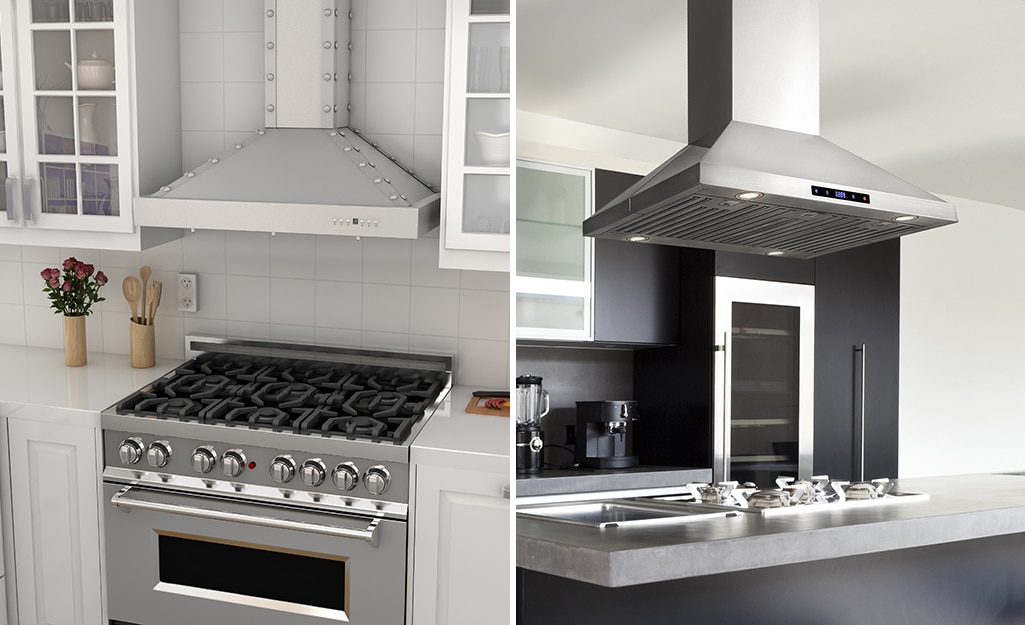 No chef has found a way to prepare a wide range of hot dishes without producing some fumes, smoke or steam. No maker of appliances has developed a kitchen appliance that cooks food without making steam, smoke or fumes. For that reason, any practical kitchen has some type of exhaust system, normally one that sucks up the gases created during the cooking process.

If you are remodeling the cooking area of your home, and you are speaking to a contractor, you should know that an exhaust duct collects the odor-filled gases that come from the range and gets them out of the kitchen. In other words, it serves as a means of ventilation. Hence, a contractor might refer to an exhaust hood by a different name.

The contractor might mention the position of the vent hood, according to the contractor’s blueprints. Alternatively, that same expert builder might refer to the exhaust hood as a range hood. All of those hoods have a fan, which pulls in the air that would otherwise dirty the kitchen’s walls and fill the air with all sorts of odors.

Do all range hoods have ducts?

No, only those hoods that can vent the fumes, steam and smoke directly to the home’s exterior wall, and then outside, through an opening in the same wall. If a range has been positioned on an interior wall, the builder cannot design a functioning ducted hood. In fact, many builders prefer to put a ductless hood in a home’s kitchen.

Ductless hoods send their collected gases into a filter. The filter removes the unwanted particles and the obnoxious odors. The filtered air then gets re-circulated; in other words, it is sent back into the room from which it came (the kitchen). However, you can call on the appliance repair service in San Diego County to change the filters.

Are all ductless hoods alike?

No, some of them have a filter with activated carbon; others have a charcoal filter. A few others have other filtering agents in them. All filters must be changed on a regular basis. Depending on the agent used to filter out the objectionable particles, the length of time between each filter-changing routine might be just one year; yet it could be as long as two years.

Builders prefer ductless exhaust ranges to the ducted ones. The latter ones are hard to install. In addition, a builder can create a wider range of designs if the kitchen’s range does not have to be on an outer wall. Still, if the family cook has chosen to use a broiler in a wall oven, it takes time for the fan in a ductless hood to pull in all of the smoke that gets created.