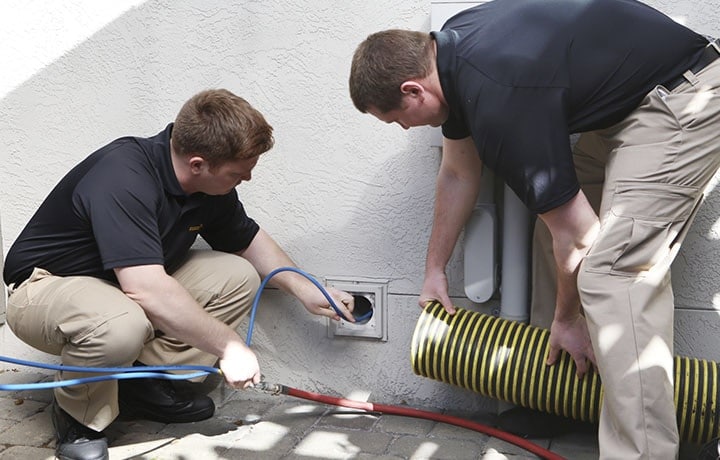 The lint particles from clothing that has been tossed in the dryer seem quite harmless. Most of them travel into a vent, a place where they cannot be seen. For that reason, it becomes easy to overlook the need to schedule a time for the vent’s cleaning. Yet, if you know the following signs, you will soon remember to set aside time for cleaning your dryer’s vent.

Your clothes feel damp when a cycle has ended

Normally, a load that has been spun in the washing machine will dry completely after one cycle in the dryer. If it does not, a problem exists somewhere. If the venting system contains lots of lint, it will obstruct the dryer’s all-important air flow. In the absence of that air flow, the moisture in the warmed and tossed items evaporates rather slowly. That slow rate of evaporation explains the dampness of the items that have been warmed and tossed for the full length of a cycle.

Much time has passed since the last cleaning

If you have failed to record the exact date for the time when you last cleaned your dryer’s venting system, you may still have a rough idea how much time has passed since you completed that particular job. If you are sure that more than one year has passed, you should get ready to attack a lint-filled vent. In the interest of safety, you should prepare now to go after the collected lint within your dryer’s venting system.

You can see where lint has collected

When you are outside and you venture over to the area that is close to the outlet for the dryer’s vent, you find a spot where lint has collected. Lint will not show up in that area until the vent’s walls no longer provides lint particles with a place to rest. When you realize that the vent’s walls have become covered with bits of fiber and thread, then you cannot deny the need for completion of a vent cleaning.

A supplementary job for the vent-cleaner

A clean vent will not prove especially useful, if it has become damaged in some manner. For that reason, the appliance repair expert in San Diego County responsible for cleaning the venting system should also check on the condition of that same system. Has any vent become torn, crushed or restricted? No amount of cleaning can correct a problem of that nature. The time has come for replacing the damaged part of the channels that carry lint away from an operating dryer.