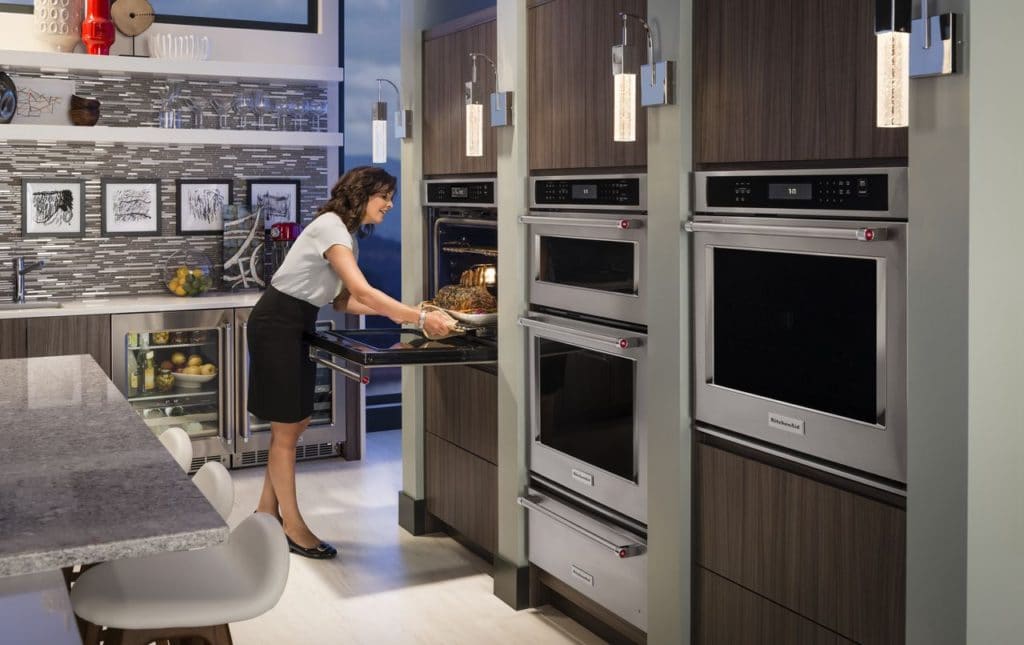 Maybe you have always thought that a kitchen has to be a collection of varied types of appliances. Perhaps you assumed that no kitchen could have appliances that managed to blend together seamlessly. If you were then lucky enough to walk into a cooking area that had built-in units, you would find out that your assumption had been wrong.

Built-in units allow a cooking area to have a distinct décor.

An oven in the wall can have the same color as the stovetop, which is on the same level as the counter. The hue in the oven’s door can be repeated in the door of the built in dishwasher. That hue can provide a designer with a way to create an impressive décor.

The counter covering can feature a pattern that matches with the color of the oven door and the stovetop. The colors used in the wood for the cabinets might also match with one of the other colors. The ability to have the cabinets match with a color used in one or more of the kitchen’s working units adds to the impressive nature of that cooking area’s décor.

A built in oven saves floor space. The oven fits into the wall. The stovetop can go over top of cabinets. Some other built-in units save counter space. Some of them allow a small appliance to be placed in a drawer.

Warming drawers: These keep food warm for up to 4 hours. These have the ability to control the level of humidity in the warming unit. For that reason, the warm food stays moist.

Microwave drawers: These allowed families to enjoy the convenience associated with a microwave oven without sacrificing valuable counter space.

Some built-in are ovens. One example is the rotisserie oven. By building that into a cooking area, a meat lover can be given a benefit. That meat lover gets freed from the job of digging a rotisserie cooker out of some crowded cabinet space.

The person that will be using those same units should talk with the contractor. If the contractor will be installing a built-in oven, the family’s cook should share his or her concerns with that appliance repair professional in San Diego County. For instance, the cook might want to be sure that the installer has given thought to all the ways that an oven and broiler can be used. That fact underlines the need for asking this question: Will there be a way to vent off the smoke that has come from a broiled steak?