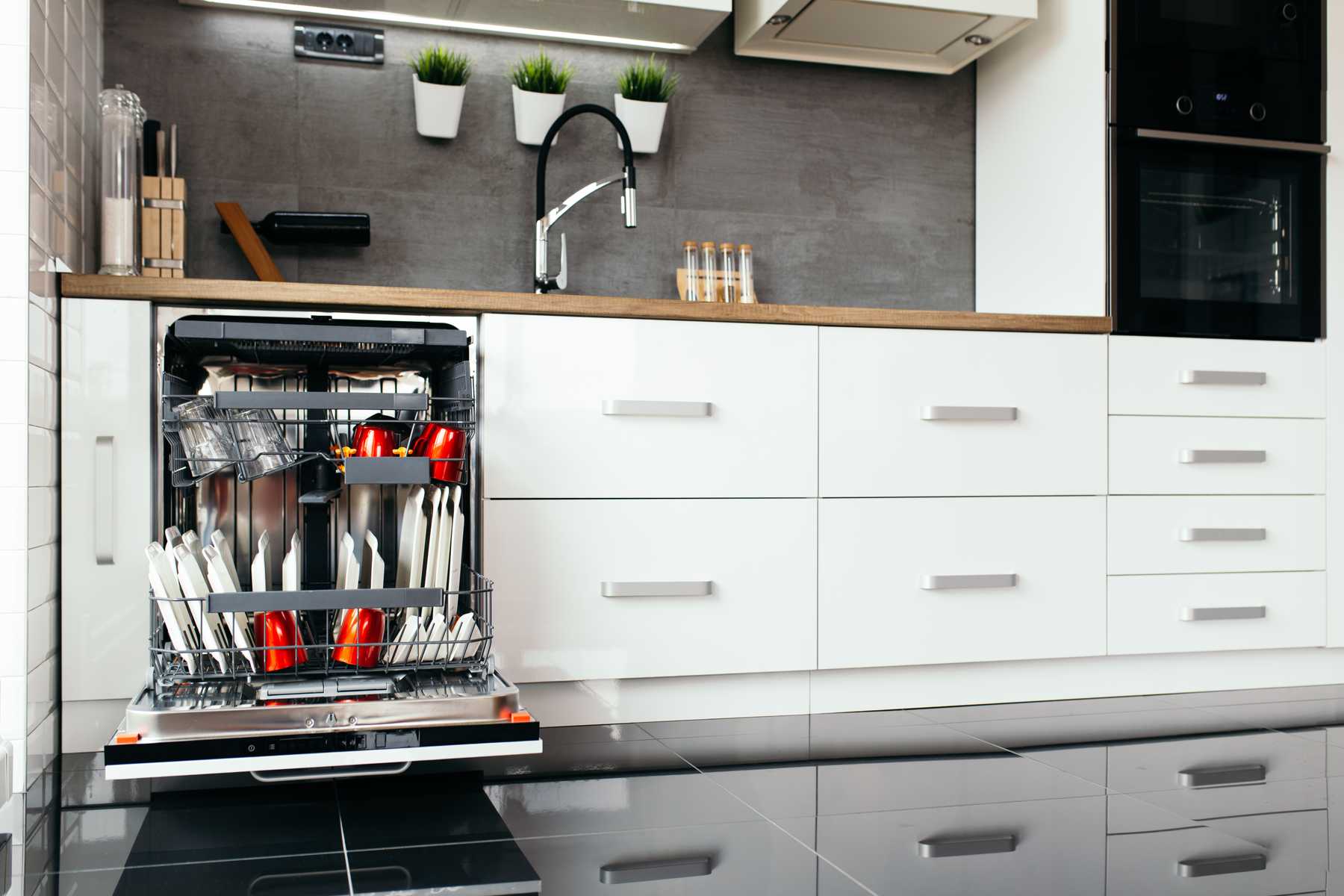 Since welcoming the dishwasher’s introduction, homeowners have been exposed to all sorts of contradictory information, regarding what should and should not be done by the person that plans to take advantage of a real convenience (the dishwasher). This article hopes to clear up some of those confusing contradictions.

Do not try to stuff too many dishes onto the dishwasher’s racks. Yes, that approach does save time and water, but it shortens the appliance’s lifetime. It can also cause leaks. In an overloaded dishwasher, water gets sent to the bottom, where it can leak out more easily.

Getting to the heart of one controversy

Ever since homeowners started using dishwashers, there has been speculation, regarding how free of food particles the dishes must be, before the loaded appliance can be turned on. If you do not want to have any clogs with packed food in the lines that are inside of the dishwasher, or those coming from the same appliance, then remove all the large bits of food. That simple act should prove adequate.

The act of preparing the dishes that will go on the racks should not be viewed as evidence that the dishwashing appliance cannot be counted on to do a good job of cleaning the items that get placed on its racks. Do not feel that you have to rinse off every crumb on every plate. Those crumbs will become the target of the dishwashing soap. In the absence of such a target, that special powder or liquid could stick to the dishwasher’s interior walls.

By using too much soap, the person that depends on a dishwasher can add to any film that might have formed on the dishwasher’s interior walls. Fortunately, the results of a soap buildup can be corrected by using a troubleshooting procedure. Take a capful of cooking oil and pour it into the dispenser, the one that normally holds the cleaning powder or liquid. Then turn the appliance on; the soapy film on the dishwasher’s walls attaches to the oil, and the soap bubbles with the oil get rinsed away.

Dishwashers should be protected from the effect of any surge in the electrical system. True such a surge would be felt by other appliances. Still, of all the appliances in the home, the dishwasher seems most sensitive to the emergence of a surge in electrical power.

Homeowners can buy surge protection for just one appliance. Alternately, a homeowner might care to invest in something larger. For that reason, consumers do have the ability to buy whole-house-surge-protection. And if there are any issues, it is best to call in an appliance repair professional in San Diego County.