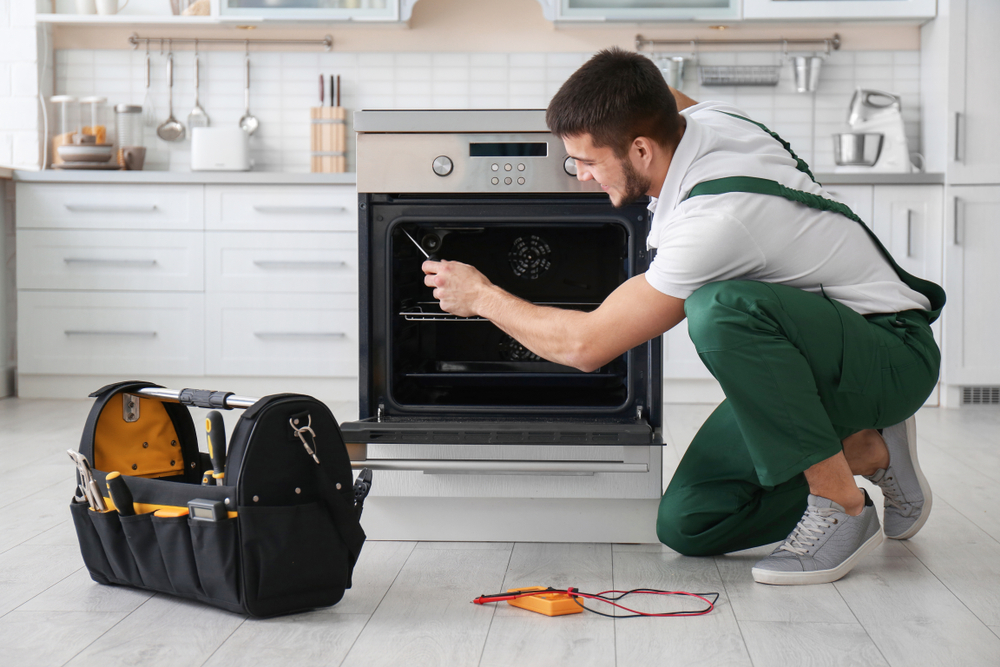 Once any oven has been turned on, it should begin to fill with hot air. Otherwise, it will not be able to bake or brown any food. Hence, if a cook has turned on a gas oven, and it has remained cold, then that same cook would have every reason to ask the question in the title of this article.

A gas oven contains one device that is not found on an electric oven. It is called an igniter, and if the igniter malfunctions, the oven will fail to ignite, and it will not fill with hot air. Fortunately, there are clues that can indicate the presence of a defect in the igniter.

Those clues relate to the clicking sound that comes from a gas oven, one it has been turned on. That clicking should precede a paired action; it is a catching and lighting in the region under the space that holds the oven’s racks. If evidence of that paired action has not been demonstrated, and the clicking has stopped, then the igniter’s role in the existing problem has been revealed.

At that point, thoughts about fixing the problem should not be the homeowner’s primary concern. At that point, it is important to determine which type of two possible igniters has malfunctioned. It could be a heat resistance type or one that uses sparks to ignite the cooking appliance (spark igniter).

Regardless of the type of igniting part in the cold oven, it needs to be examined by an appliance repair technician. In that way, no member of the homeowner’s family will be expected to take on the risk of suffering a possible electrical shock. Fortunately, a homeowner’s call to an agency with an appliance repair technician does not have to invite receipt of added charges.

How to avoid added charges

The person that calls to request a repair technician should provide the contacted agency with the brand name of the cold oven with the broken part. In addition, the nature of the problem ought to be explained in as much detail as possible. In that way the tech can bring the required component, and thus eliminate the need to charge for diagnostic services.

If the homeowner has not discovered that clicks can be heard, but do not signal the desired action. That would indicate that the igniter’s replacement would not solve the problem. An appliance repair technician in San Diego County must come to the home, in order to see if the oven’s main valve must be replaced.

That is expensive, but it does not cost as much as a more costly procedure. That would be one that would involve some form of shopping (online or off). In other words, it would be the procedure by which the shopper would invest in a new cooking appliance.